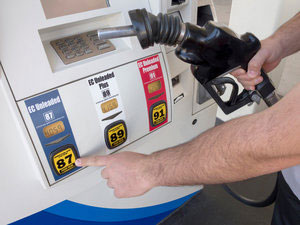 When all the news seems to be doom and gloom, we finally get some excellent and long-awaited news. Gas prices are not only below $3.00 dollars per gallon in most places but the government expects these prices to remain this way through 2015. In a time where families can’t stretch a dollar far enough this will come as a boon to their wallets and their confidence.
The Energy Department is tasked with making assumptions about the future based on factual information in different markets and economies. In a dramatic 44-cent shift from previous forecasts the energy department stated that the average price for gasoline in the U.S. will be just $2.94 per gallon in 2015. In total this will save Americans $61 billion in 2015 compared to this year alone.
As part of this tremendous savings, economists believe this will be a huge benefit to the American economy. Consumers will have extra money in their pocket which will allow them to purchase goods and services they might not have done previously. Gasoline along with stock prices and unemployment rate are the big drivers in consumer confidence and with all of them starting to head in the right direction, 2015 might be the resurgence the economy needs.
So what is behind these lower prices? Adam Sieminski, administrator of the Energy Information Administration, the Energy Department's statistical arm, attributed the lower pump prices to lower prices for crude oil and weak fuel demand. 30 percent or $35 dollars a barrel is the decline in crude oil prices that has been observed since late June. Couple that with an increase in U.S. oil production and it becomes a simple case of supply vs. demand. Changing views on electric cars, carpooling and even bicycling has really weakened not only the U.S. demand but the demand in Asia and Europe as well.
While no one can know for sure what is in store for gas prices in 2015, this is a pretty good educated guess about what consumers will see when they pull up to the pump next year.
Why should I
sell my car to
webuyanycar.com®?