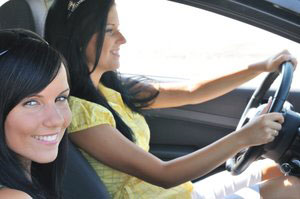 It’s not uncommon to hear and believe that millennials are driving less. With an increase in urban living, better public transportation options and green lifestyle alternatives, it’s an easy assumption to make. The reports and surveys generally agree with this but maybe the narrative is driving the numbers rather than the numbers creating the narrative.
While this topic has been reported on to some excess, the source, survey pool and market testing may not have always been the most scientific and trustworthy. Some have, we can’t dismiss all reports but like a room full of students, not all of them do their homework…or do it properly.
So when a trustworthy source like the United States Census publishes data about Young Adults that contradicts previously believed trends, one has to pick their ears up and listen. Have we had it wrong all along? Are millennials driving just as much or more than their counterparts were back in the 80’s? The United States Census believes so and has the numbers to back it up.
Earlier this month the Census released “"Young Adults: Then and Now," an interactive map outlining social trends among 18-to-34 year olds at four different moments: 1980, 1990, 2000, and today. Amongst the data that includes information like the percent of 18-to-34 year olds who live with a parent and the percent of 18-to-34 year olds living in poverty, is the percent of 18-to-34 year olds who drove a car, truck or van to and from work.
Cross-referencing different metropolitan areas and comparing the trends of millennials to those driving in the 80’s, we can see that while some cities like New York, Boston and San Francisco do in fact have less millennials driving, other cities such as San Diego, San Antonio and Baltimore all show an increase in daily commuters between 18-to-34 years of age.
So to say millennials are driving less across the board just may not be accurate. New data suggests it varies from location to location and one extreme like New York City may be balanced out by another extreme like San Diego. A more detailed analysis would need to be performed but it appears that millennials’ are driving about the same as those 18-to-34 year olds back in 1980.
While the amount of driving may not have changed that much, millennial driving habits certainly have changed over the past few decades. We have seen a shift toward car-pooling and ride shares, as well as an uptick in hybrid and electric vehicle sales. So while millennials may still view driving as necessary as their elders did, they seem to go about it in a different way.
Source: https://www.census.gov/censusexplorer/censusexplorer-youngadults.html
Why should I
sell my car to
webuyanycar.com®?