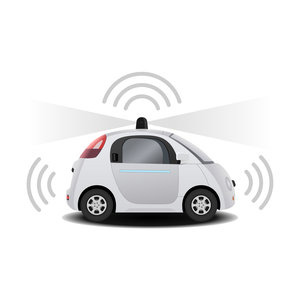 The world is waiting for autonomous vehicles to become a normal occurrence in every town and neighborhood. Everyone from car owners to insurance companies and vehicle manufacturers see the perks that come along with self-driving cars. While the frenzy is hitting a fever pitch, testing is still ongoing. Testing not only from the manufacturers themselves but from third-party organizations and independent researchers. One new study from the latter group, however, has dampened the anticipation safety groups were feeling.
Clearly one of the anticipated perks to autonomous vehicles is safer roads and highways. Currently 94 percent of all traffic accidents are caused by human error according to the National Highway Traffic Safety Administration. (NHTSA) It’s easy to assume less human control would yield less car accidents but researchers from the University of Michigan are not so quick to agree. A pair of researchers analyzed public records related to crashes involving autonomous vehicles and found that self-driving cars are much more likely to be involved in a car accident compared to a traditional vehicle.
While still in the early stages of development and testing, autonomous vehicles average 9.1 crashes per million miles traveled while human drivers average only 1.9 crashes per million miles traveled. Now before swearing off self-driving vehicles, it is worthy to note that while autonomous cars are involved in more accidents the rate in which they are involved in a serious type of crash is much lower than conventional human-controlled vehicles.
In conventional driving, angle crashes account for 31.4 percent of collisions and head-on ones represent 3.6 percent of the total. In autonomous accidents, angle crashes account for only 9.1 percent of the total and there has not been a known head-on crash involving an autonomous car on California roads. Brandon Schoettle, the report’s lead author spoke to autoblog.com about the findings saying, “The self-driving cars didn't have the most severe type of accidents, head-on, pedestrians. It's a little hard to tell now, but there may be a confusing message to discuss – it could be that you have this higher crash rate, but end up with safer situations than a conventional vehicle.”
Interestingly, one of the more common types of accidents involves the self-driving vehicle being rear-ended by human-driven cars. This not only supports the data by the NHTSA that 94 percent of accidents are caused by human error but it also brings in to question the driving habits of autonomous vehicles. Schoettle commented on this saying, “One possibility, and we're just kind of speculating, is they (autonomous vehicles) are not quite reacting in certain situations the way a human driver would. Hypothetically, maybe they're stopping quicker, or maybe they're stopping in situations that humans might not stop. So they're taking drivers by surprise. It could just be bad luck or drivers not paying attention. We're just not sure."
One would have to believe that as testing continues and the technology is refined, these small accidents will become fewer and fewer. Still this is only speculation and while a completely diver-less infrastructure may be safer, one where it’s split – 50% driverless and 50% traditional – may actually end up causing more accidents on our roads than we currently have without this advanced technology.
Why should I
sell my car to
webuyanycar.com®?