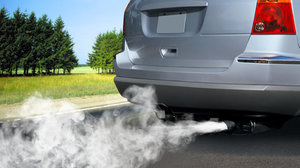 “Breath that fresh air!”
It’s an expression as old as time, often used during a getaway to the great outdoors where pollution and fowl, urban smells are no longer present. It’s said in passing, in jest and sometimes even sarcastically but new research shows that maybe we shouldn’t be taking that expression for granted anymore.
It’s long been known that pollutants are dangerous to the human body, specifically harmful to the lungs. It was believed that pollutants can impair brain function through this connection to the lungs but new research by a group of German and Swiss researchers shows that these toxins can injure brain function independently of the lungs.
Mohammad Vossoughi a researcher for this study commented saying, “Our findings disprove the hypothesis that air pollution first decreases lung function and this decline, in turn, causes cognitive impairment by releasing stress signals and humoral mediators into the body."
The study was performed by gathering data on 834 German women and testing the association between impaired lung function and cognitive decline. The results are interesting and are a major cause for concern. Across the pond at MIT, researchers suggest that pollution from vehicles kills about 53,000 people in the United States each year, about 20,000 more than the number of people who die from car accidents each year.
Going even further, at the University of Toronto, researchers released a study that suggests 25 percent of the vehicles on the road today are responsible for 90 percent of the total air pollution. While vehicle manufacturers are doing their part by looking into alternative fuel sources and building hybrid and electric vehicles, researchers are looking to vehicle owners to make a change in their driving habits in order to decrease pollution.
Greg Evans, one of the Canadian researchers commented saying, “It's not only the cars' fault. It's how they're driven. How you drive, hard acceleration, age of vehicle, how the car is maintained – these are things we can influence that can all have an effect on pollution."
The German and Swiss researchers said their study was “fairly comprehensive” but are quick to point out that more research needs to be done to confirm the findings.
Why should I
sell my car to
webuyanycar.com®?