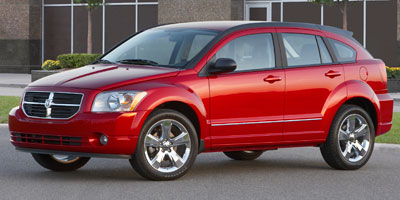 Get Your Instant Free Online Valuation

The Dodge Caliber made its first appearance at the 2005 Geneva Motor Show and wowed audiences with its crosshair grille, flared fenders, and rough border angles. It was next seen in pre-production in January 2006 at the North American International Auto Show. In March of that same year it went on sale and has been manufactured ever since.

The Dodge Caliber was a huge success in the United States right from the start, and was later sold in Australia, Asia, and Europe. It is the first Dodge vehicle to be sold in those locations since the discontinuation of the Dodge Colt in 1994. It is the least expensive and the smallest of the current Dodge fleet of vehicles and is very popular in Canada and the United States.

Chrysler and Fiat Motors began a strategic alliance in 2010, and the company has since announced that there will be a second generation Dodge Caliber hitting the market in 2012. This new generation Dodge Caliber will feature a nine-speed automatic transmission starting in 2013 according to Sergio Marchionne, who is the current CEO of Fiat S.p.A. and Chrysler Group LLC.

We Currently Have High Demand for Models:

Find Your Nearest Branch FAQ
Reviews Terms of Use